Part of the Table Mountain National Park, Cape Point stretches south of Cape Town at the bottom of the Cape Peninsula that forms False Bay’s west shore. It is downwardly crowned by the Cape of Good Hope which was created along with many universal landmarks during my youth’s early reading years.

The Cape might have long lost its title of southernmost tip of the continent to neighbor Cape Agulhas*, but literature, it seems, inspects geography through a romantic lens and hope is better than needles so it was the Cape of Good Hope that was mostly written about. 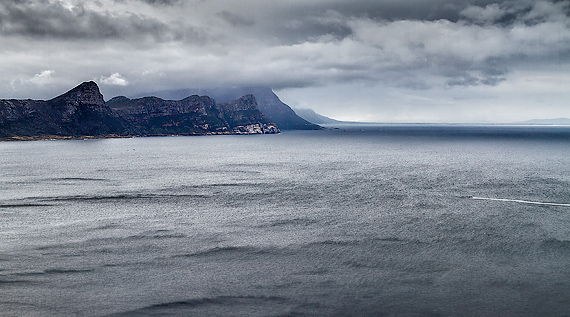 False Bay, looking up at the Cape Peninsula, the cape is actually behind me

I am sure I have said it before but this is the stuff of legends. When I was a kid, growing up in France, street-smart education handed over to comics Astérix, Tintin, Lucky Luke, Spirou et Fantasio (and the Marsupilami), Gaston Lagaffe, les 4 As, Iznogoud, les Pieds Nickelés for trash style, Valérian for daring artsy sci-fi, Marcel Pagnol for poetry, my sister’s Aventures de Martine for beauty, Langelot for adventure, and later Jules Verne and Frison-Roche for travels, I had already heard of the Cape, “Cap de bonne espérance” as it was called in French.

It was foreign. It was remote. It was exotic. It was a utopia. It was as far as a kid could ever imagine traveling, through time zones, meridians, latitudes and borders, fighting disease and curses, despite thirst, dreadful heat and impenetrable equatorial forests, and past as many mysterious obstacles as one could ever have invented. The Cape of Good Hope held all the mysteries of the world for it was just beyond the reach of my wildest dreams. 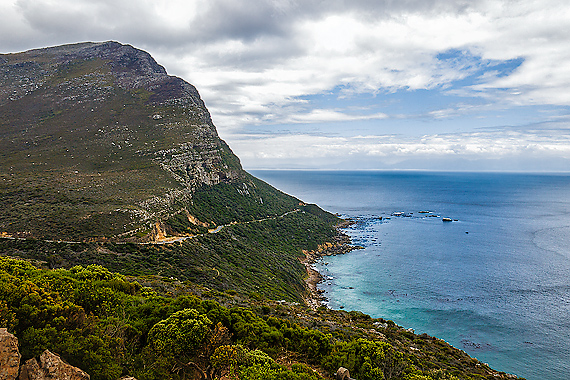 Near the northeast end of Cape Point

So when my dear Marie, a few years ago, casually mentioned, while we were staying in our stunning family retreat of the Constantia suburbs, that we could hop on the Kombi – our trusted, rugged, humble but daring local adventure vehicle – and head down to the very same cape that had fueled my childhood fantasies, I simply went silent and swallowed hard. Fiction was taking over reality.

Almost five years later, we never fail to pay the Cape a visit, time allowing, and while the means vary and the time slot stretches and contracts, we invariably come back in awe, flowers having lived up to their utmost expectations and the scenery, amazingly, perfected itself.

I have in previous years posted about running through the Cape Point flats, about a night at the secluded Olifantsbos cottage, about an afternoon on the Cape and many snapshots of a drive around the Cape. Cape Point is an honest nature preserve; while shining like a beacon on the tourist map, it has remained pristine and still yields a respectable level of isolation matching the higher parts of Table Mountain. With the exception of the busy funicular-to-the-lighthouse-at-the-end-of-the-road, the park is quiet, silent, beautiful and untouched.

In Cape Point, one needs not be expecting anything. The goal is to get down there, to stop on the side of the road, and walk, and listen, look, smell, feel. There will flowers, the fynbos ever-changing and alive. There will be silence despite the wind. There should be some small creatures, and some larger ones if luck holds. And wide open spaces. After all, further down, there is nothing but Antarctica. 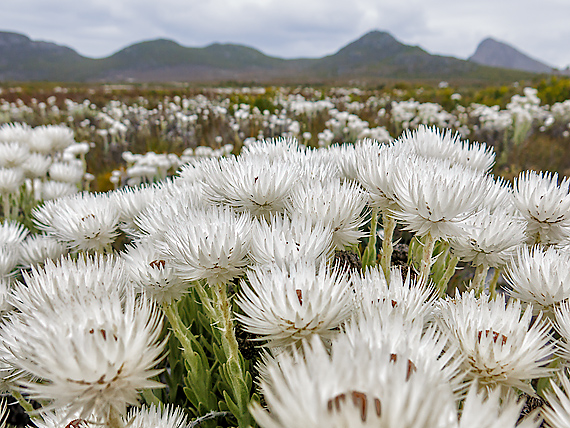 Cape Point is an inward pleasure. It’s about feeling the solitude, the open space. About entire fields of flowers. It’s about the contradiction in being aware of the proximity of the Benguela and the Agulhas currents clashing offshore in an attempt to dominate the African continent, and leaning down to examine minute splashes of fynbos at one’s feet. So standing among the flowers, I think of all the books I devoured so long ago and smiling at the coast, I tell Jules Verne: “I made it, too.”

This is the first installment of a short series. Animals first, they roam freely. Then there will be flowers. And finally landscapes. Not necessarily in that order. Wish you had been there.

* From the Portuguese Cabo das Agulhas, “Cape of Needles” 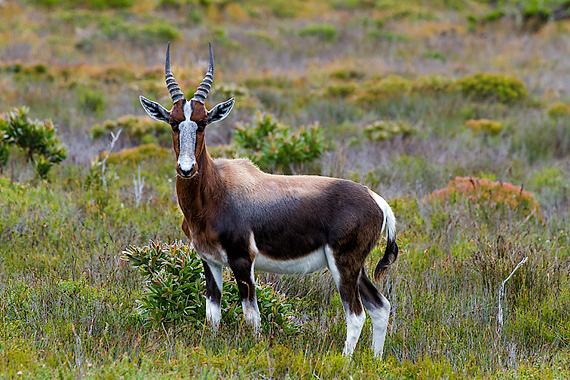 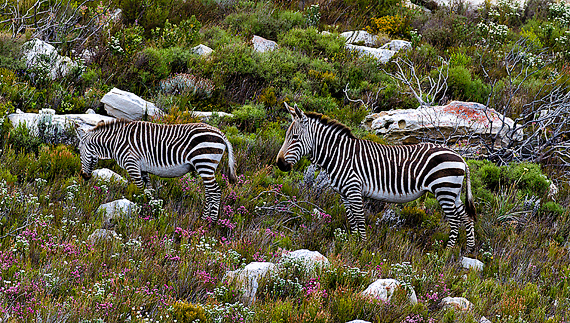 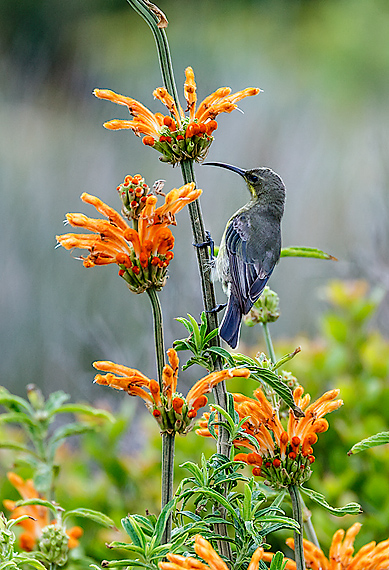 Malachite sunbird – Thank you Marijke for the ID 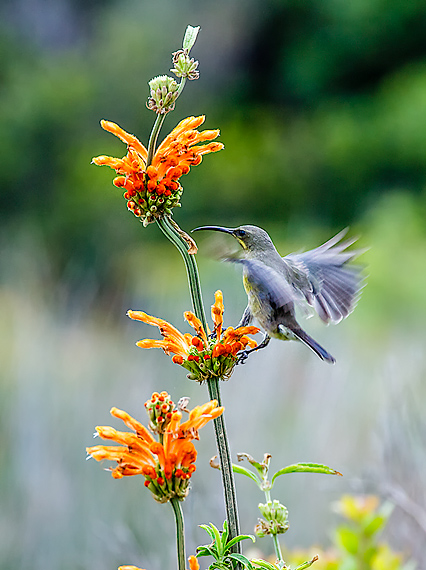 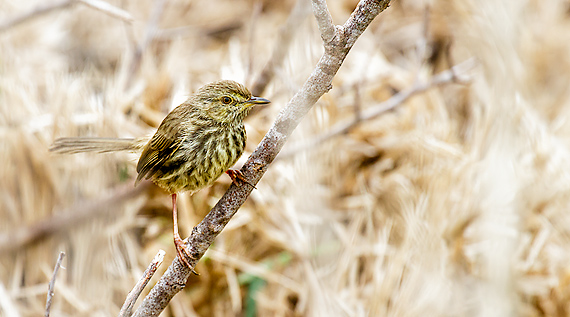 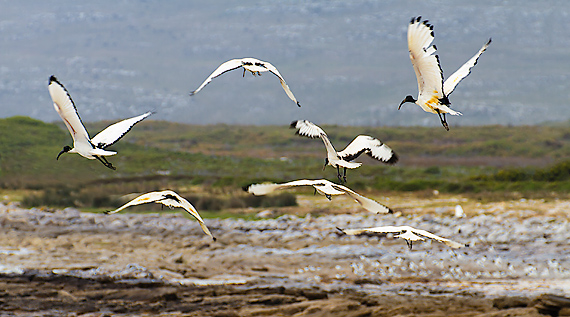 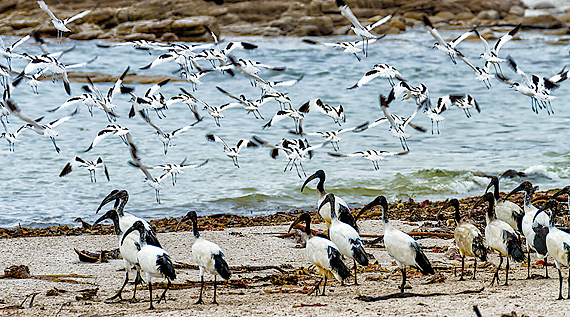 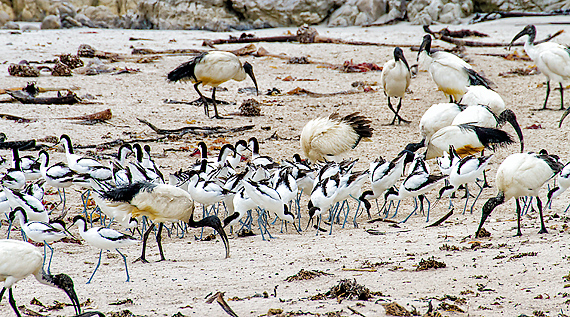 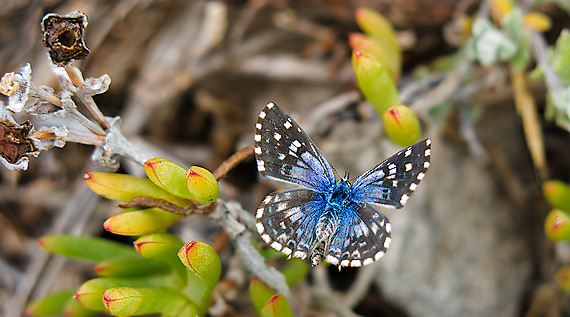 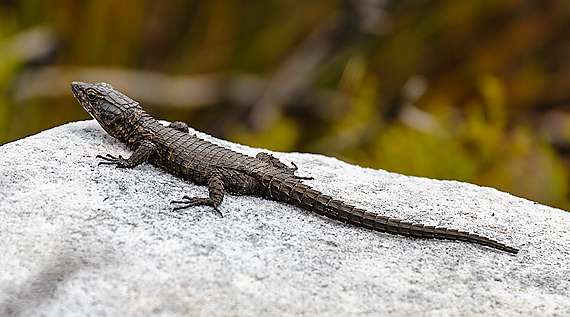