Once upon a time, there was nothing but ocean and sun
Club Med, Hydrosphere, Little Cayman Chronicles, On the road, Photoblogs, Stories

The first time you visit Caribbean shores, everything is new and mesmerizing. A comforting sun roasts your skin to perfect rust, pristine beaches salt you up and wash away da worries, time slows down to the beat of reggae and locals turn out to be of two equally appealing breeds: lazy, friendly and colorful natives, living to dream, and hardworking, friendly and colorful expats, living the dream.

You soak it all up passionately, almost desperately, knowing that the bliss is short-lived and a harsh return to reality will follow. Once back home you hit the wall, drowning in a morning rush traffic jam or absentmindedly surfing the web while pretending to work for a corporation. You cannot help but sketch a dream of your own.

Some simply dream up a next visit, saving here and cutting there, tightening a belt or shaving off extras, with in mind the blurry vision of another dash to the tropics, shimmering in the heat just above the horizon of a full year of work slavery and fifty-hour-weeks. When they finally have paid their dues to society and manage to scrape off enough for another snapshot vacation, they arrive at their favorite spot in the low latitudes and look around apprehensively. Has the magic gone? Fortunately not, as very little ever changes in the Caribbean. Time seemingly stands still and life happens in a loop. They sigh with relief and head straight for the bar or the beach. 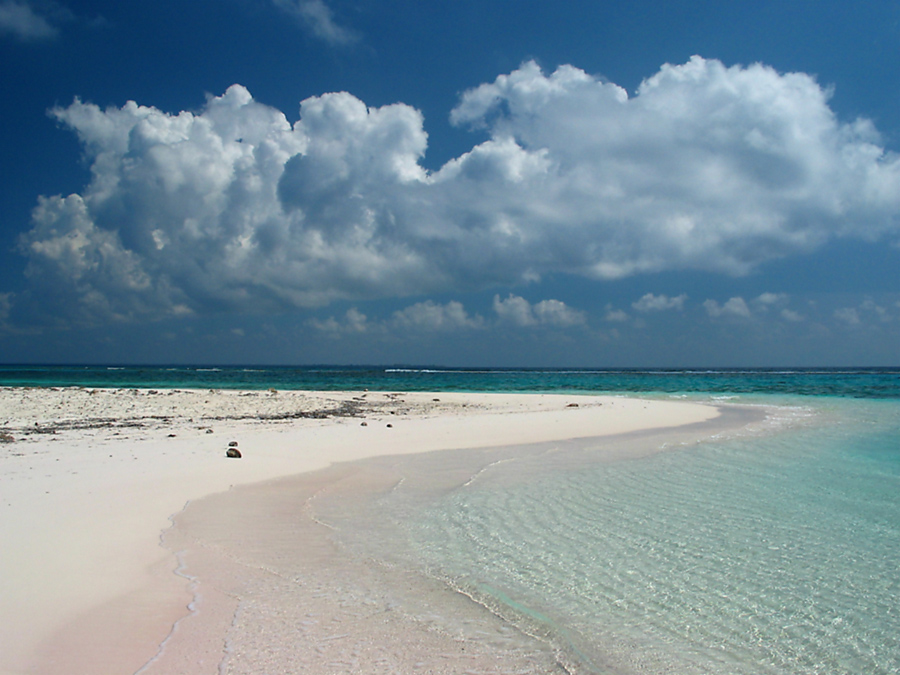 Others, though, get a lot more serious about it. They plan, they sit and they invent, and they plot and cook up*, until one day, they get off a plane at a small airfield, slide dark sunglasses over their eyes, smell the musky perfume of ocean and guano, grab a duffel bag with a one-way luggage tag off a cart, and wonder how on earth they didn’t think of this before.

Soon thereafter, they are students of life again, learning to permanently loosen the tie, lose the shoes and harden the soles of their feet, adapt to the lack of shopping malls and stoplights, put on the performer’s hat and start telling stories, walk the talk and talk the local slang, decipher a tide table, reverse the dosage of daily water and rum requirements, accept that sand gets everywhere, that the minute they sneeze the whole island will know about it, and that they might have a heck of a hard time leaving all this behind, one day.

My dad had once left Marseille and shipped to Tahiti. My sister lived in the Bahamas. I wanted no less, and that was how I long ago arrived to the Caribbean, on a road less traveled that featured double lanes and toll booths but ended in a pretty cul-de-sac. I had followed a path from civilization to the lack thereof, intent on sucking the marrow out of the island way of life. I did not really understand I would get much more than I had bargained for.

It began with a random act of kindness that wasn’t random, it was motherly. Our mom had won a week-long trip for two from Montreal to Florida at the local mall. She generously gave it to her kids as a mother would. At the time I was a certified diver, my sister was already a dive instructor and had a passion for dolphins, so we signed up with dolphin programs near Miami, in the Keys and in Freeport, Bahamas. On our last day, after an exhilarating open water encounter with the dolphins of UNEXSO, while waiting on the dive shop steps to board our return ship to Fort Lauderdale, she decided on a whim to go back in and leave her resume.

Playing with Spot in Little Cayman, circa 2003

Two weeks later, she was hired and moved to the Bahamas. Her life had been changed forever by a small series of relatively minor events that yielded enormous power. But most importantly, the same events and their consequences also changed my own life, just as radically. Whether it was a butterfly’s wing flutter half a world away, or maybe a dolphin’s catchy smile as we held on to its dorsal fin for a ride, or the laid-back self-assurance of the dive staff docking their boat, something clicked during that trip that would determine our future. It was in my sister’s footsteps that I eventually applied for Club Med, also as a dive instructor, and launched into the journey.

The first part of those adventures was duly recorded and published, albeit selfishly, in Les aventures d’un GO désorganisé. After that, the records blur. I became lazy for a while and ignored both storytelling and my video camera. Thankfully, the digital age had arrived and I eventually went back to photography. But for fifteen years or so, I was an expat, a beach bum, a drifter. Along with my short flying years, I miss those days in the sun most, their carelessness and adventure-filled memories striking me between the eyes if I stop and think about them a bit too long.

Whether crossing the Atlantic on the largest sailing vessel in the world, free-diving with sperm whales miles offshore over the Cayman Trench with no bottom in sight, eating flying fish sandwiches at Bridgetown’s unforgettable Boatyard, finding wild pineapple in the Vanuatu jungle, being interrogated by Vietnamese officials in the darkness of Saigon’s curfew, playing throw-the-slate with Spot the friendly wild dolphin on Little Cayman’s Bloody Bay Wall, cleaning and rebuilding premises and morale in the aftermath of category five hurricane Ivan, blindly using a crowbar for underwater demolition under the keel of our ship in a Japanese harbor’s chocolate thick water with a typhoon bearing in, acting as safety pilot on a friend’s Piper Navajo bound for New Orleans over Cuban airspace, or losing it in Guam, homesick and frustrated over safety issues, the ride was sweet, it was sour, and it was wild. 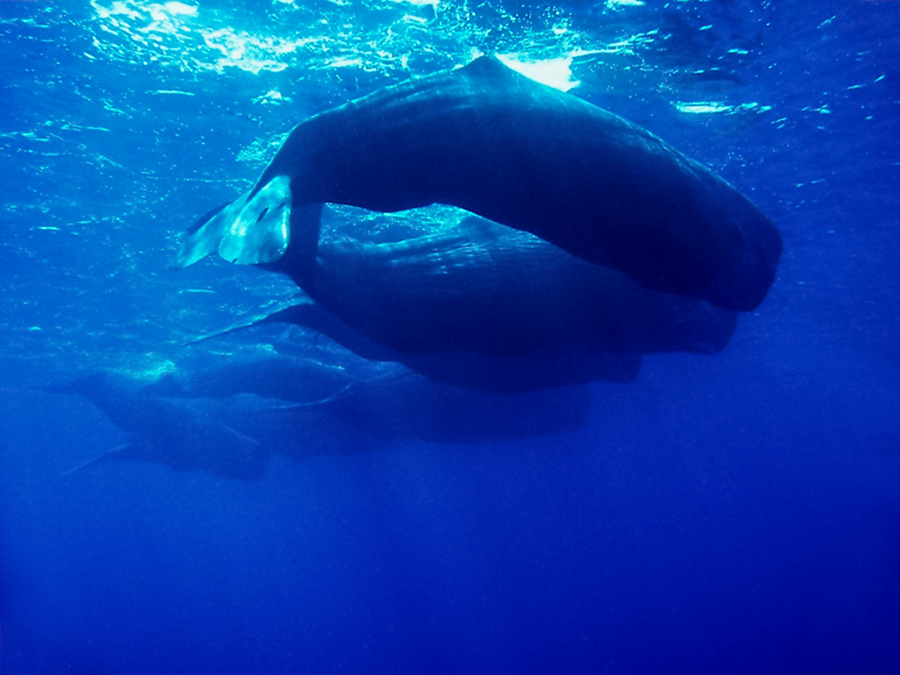 Sperm whales over the Cayman Trench, 2002

Sitting at my desk this morning, recalling it all as my eyes well up with a tear and the gentle pull of nostalgia tugs at my heart, I never forget that to this very moment fate is shaping my universe, and that the best thing to ever appear in my life, a red-headed angel currently sipping coffee in bed over my left shoulder, stems from the same event chain.

Of course, as Sarah Connor reminded us, there really is no fate but what we make. Maybe the key, then, the masterful art of shaping one’s life, is to listen and feel for those moments, and give in with all our will, to let go and take the plunge while there remains time. After all, life is a beach and then you dive.

Quality disclaimer: all these photos were either scanned from small prints or taken with my first digital camera, a two-megapixel Canon Powershot A20!