After weeks on end of what the French refer to as “métro-boulot-dodo”, the commute-work-sleep routine of large-city dwellers, I reach a tipping point where escape is no longer simply needed, it is quintessential, a survival skill. So we pick up a bubble car a couple of blocks away and head out of Brooklyn like dogs on a scent, pulling hard on the city leash and aiming for nowhere near here, and possibly beyond.

Now in case you are not familiar with bubbles, they tend to burst, so the leash pull cannot be too wild and we typically end up only as far as the Five Boroughs will stretch: the southern end of Staten Island – home to an orange ferry, a few parks, a bizarre population mix and not much else. The parks, however, can hold their own.

Our favorite destination has for years been the Mount Loretto area. It is big enough to work the legs out, to have wide open skies and shady wooded bits, and it has always yielded interesting wildlife. 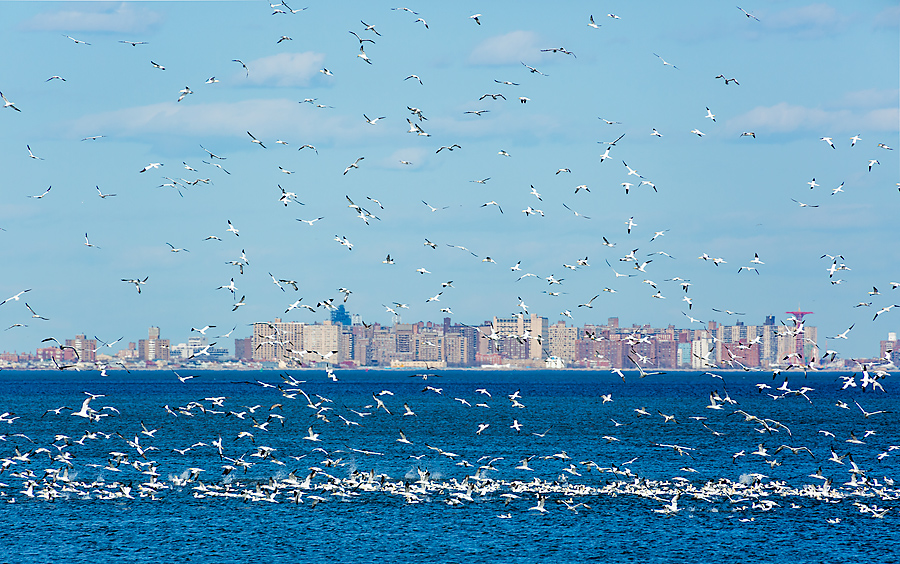 This time around we spotted one of the resident bald eagles, a lonely rabbit possibly avoiding the former, a ground hog sympathizing with the rabbit and of course various birds. But the cherry on that Sunday was a large flock of northern gannets, on their migratory way up the coast, busy feeding just a few yards offshore.

As we watched them with interest, we were joined by a trio of local birders, and then a few more. All had stories to tell and were well informed. Later, when phones were whipped out to display one’s best work and the pronoun “I” began dominating conversations, we discretely excused ourselves and moved on.

The island occupies a strategic position under NYC airspace and we could see the approaches to the three major airports. I was in heaven. That seagull below, on the other hand, looked seriously depressed. 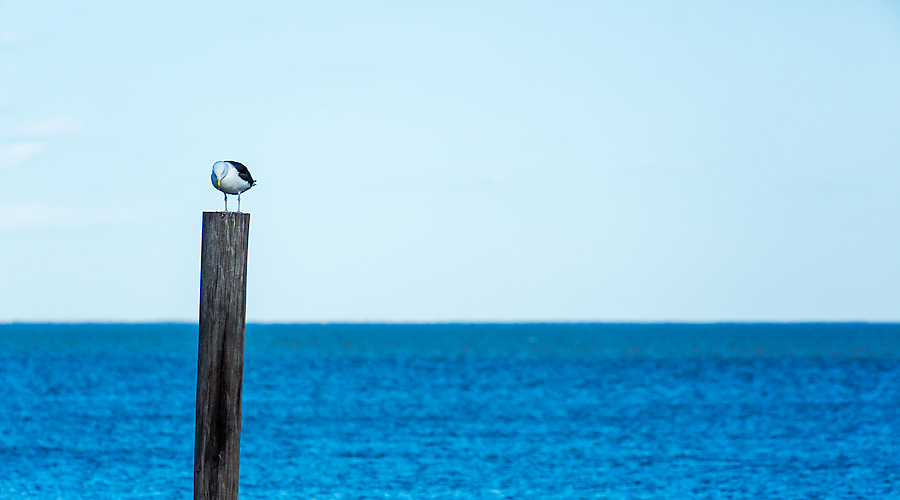 On the way home, we stopped further along the Staten Island east coast at Great Kills Park, and walking along the beach, met up with an even bigger gannet flock. They caught fish by dropping from the air like arrows, their torpedo-shaped bodies hitting the water in fast succession, splashes of hunger in a panicked school of herring or mackerel.

It was so nice to be out in fresh air, blue skies and relative silence that we are going back again this weekend, hoping to add seals to the deal.