Flushing Queens, out of the Other Chinatown

Now that I’ve got the attention of all of you non-New Yorkers out there, let me explain: this post isn’t about anything else than, yes, the other Chinatown. 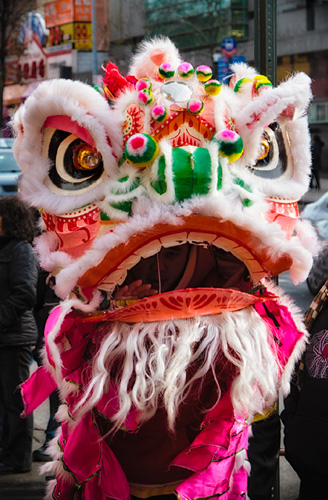 You see, we have two. Chinatown’s, I mean.

One, as we all know, is located in Manhattan and infested with tourists and rats. The other, however, only gets the rats. Fear not, In New York we do share our rats equally, and they can be found just about anywhere. Tourists, on the other hand, follow the signs. And it so happens that there aren’t too many signs pointing towards the second largest Chinese community in the Five Boroughs which is located in Flushing, Queens.

I was there recently, on a mission with no objective, a controlled drift of my photography (c)raft, focused but without an aim. It happened to be towards the end of the Chinese New Year celebrations. Martial arts teams were walking around the sidewalks and into stores doing dragon and lion dances, as per the famous ancient ritual. I followed and spied upon the show.

High in color and sound, the Chinese New Year displays have always impressed me, probably because I first witnessed them in Vancouver where I was biased to all things. But even here on the Eastern Seaboard, the colors remain vivid and the drums, loud and hypnotic. See the picture below of the kid beating up his drum; it might not look like it but he was so loud that I avoided close proximity. 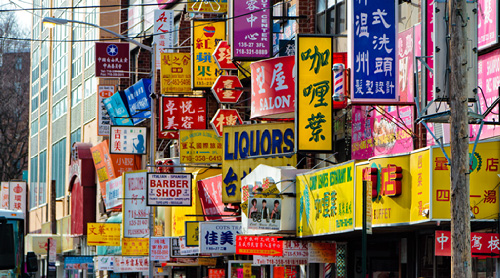 Then there were the odd sights, un-related and non-festive, of the market guy going fishing in his own tank, of the salmon cuts tempting me from their display, of the street signs looking like a Picasso painting, of passers-by staring, laughing and feeling…