For a Few Pixels More

I started writing this on Thursday night over the Gulf of Guinea in the Southern Atlantic, just below the Bulge of Africa, and have now adjusted all verbs to the past tense. The South African Airways A340-600 was flying on a south-easterly course off the coast of Angola. Our cruising altitude was a notch above 39,000 feet, our airspeed a little below that of sound, we had traveled almost 10,000 km and 1,100 km remained.  We were rushing through the night and stealing time as the morning hurried to meet us head on.  We would probably make landfall somewhere along the Namibian coastline and when finally landing in Johannesburg,  we would have been aboard the plane for fifteen hours.

Our ocean crossing so far had been smooth.  A light chop was now greeting us closer to the continent.  The gigantic mass of Africa, not content with stirring trouble into the hearts of men, also likes firing up the skies and reminding a traveler of its troubled upbringing. But the forecast had improved and, a sure sign of the approaching southern hemisphere winter, the flight finished as gently as it had begun. With a two hour layover in Johannesburg, we then spent a couple more hours en route to Cape Town, our ATC clearance at first delayed by coastal fog but arriving home in due time for afternoon Champagne in the garden. 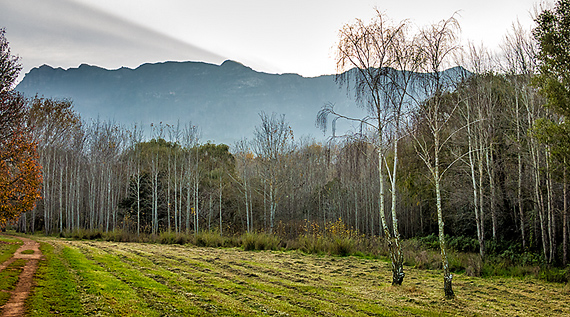 The Constantia greenbelt in its fall livery

It has now been two days since we got home. Bubbly flowed again yesterday at lunch under the now bronze-like plane tree and we marveled at the subdued but unmistakable appearance of Autumn, a season I had never before experienced in the Western Cape. We went for chilly walks on the green belt and found eight chameleons already. Then we slept like babies, in a silence like only the Old World still manages to yield them. 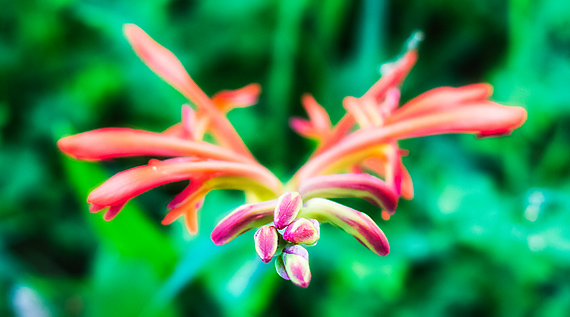 With the change of seasons has come cold air, and the tall poplars have thinned. Nights are fresh and even though it hasn’t rained much in the last few weeks, it is predicted that rain will now play a leading role in our days and nights. Long, slow, soft and patient, the downpours remind me of Vancouver’s winter months. A fire has been lit in the fireplace at night and sweaters are welcome. People are wearing tuques on the street. Selina came home with an actual coat. How I wish South Africans could experience a combination of this weather and Christmas. I think it would somehow all make much more sense.

Tonight Marie and I went for  late drive along the coast. It was foggy and wet, but I was longing for ocean spray. In a week, we will be cranking up my GPS, packing up the Landcruiser and heading north to the Kruger. In the meantime, I intend to eat as much boerewors as possible. One must have priorities.