How to Catch a Rat on a Small Island

In memory of Ann, her own story, as told one night around drinks
Cayman Islands, Hydrosphere, Stories

This is a story from long, long ago, the way I remember it – may everyone forgive me if the years have polished it a bit…

Ann lived in the green beach house next to the Southern Cross Club in Little Cayman.

Her house-mate, I believe it was Wes, had been off island. He’d left his sweet dog Marilyn to guard the place. When he came back, there was blood on the outside walls. Alarmed, he asked Ann what had happened…

It would seem that one night, Ann had woken up suddenly to the sound of frantic barking and much commotion. She had rushed out of the bedroom to find that Marilyn had prudently retreated to her hiding place. The racket was coming from the kitchen. Ann armed herself with a broom and bravely walked in.

Little Cayman, like all islands, has a rat problem. People there, like on all islands, use various methods to try and eradicate the pests. In the case of our story, glue traps. It turns out a large rat had gotten its tail stuck onto a glue trap in the kitchen, but still free to run around, it was dragging the trap in a frantic attempt to free itself. Glue traps are quite strong. In its struggle to escape, the poor rat had managed to catch a small metal pot in the trap’s glue and was now loudly bouncing it around the room.

It was late, the rat was loud, Ann was sleepy, she went straight into emergency management mode and decided to push the animal out the door with the broom. Rather than succeeding, however, she actually got the trap stuck to her weapon and found herself with a trap, a rat and a pot at the end of the broom, all of it very much alive, squeaking and clinging.

She freaked out. Never remembering that the ocean was a few feet away and drowning the poor beast would have been the cleanest, fastest way to proceed, she began banging the broom against the wall in a desperate attempt at silencing the night. It eventually worked, but left bloody traces.

I still laugh uncontrollably when I imagine Wes coming home and finding blood up high on the walls. It’s not a story of cruelty but one of desperate measures.

We miss you Anna banana.

Here’s a link to her pre-Little Cayman cave diving life when she dived with Jim Bowden and Karen Hohle. 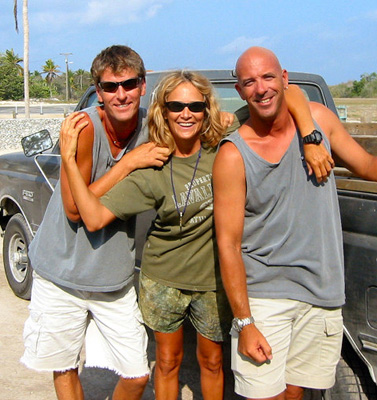 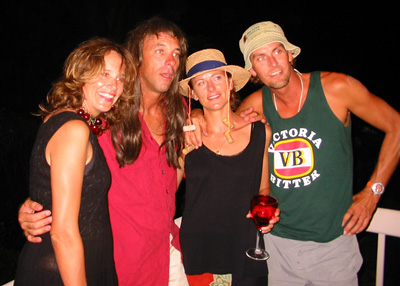