In an ironic contradiction, the first gallery to be ported to the upcoming VMP Print Shop section of my website is one that most likely will not be available for prints.

My underwater images were taken many years ago when I lived in Little Cayman, with a two megapixel Powershot A20 Canon point-and-shoot. This was circa 2002-2005. I can barely believe this was a first digital camera after having forgotten my entire Minolta X700 kit and multiple lenses in a Spanish hotel room. Two megapixels. How fast things are changing. My Canon G15 has twelve, and the 7D, eighteen. And I haven’t even gone full-frame yet. 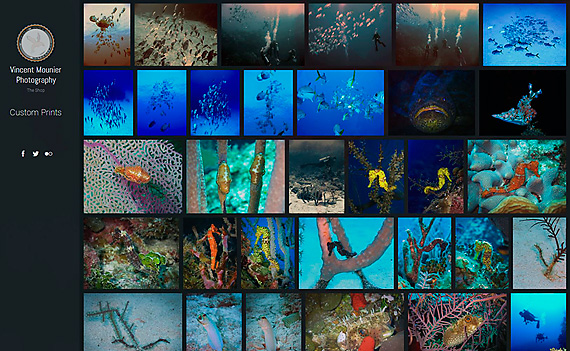 So these were shot at 1600×1200 pixels,  in JPEG and enhanced for contrast and saturation – I pretty much ruined them, the files are unsuited for large prints. They could probably yield decent 4×6’s, but that’s about it. So I think the option to buy them as prints will stay off. But since I felt like playing with oldies, these were the first to be re-processed and uploaded to the print shop. Here is the link. It is isolated for now as I have not linked it back to other galleries. Work in progress.

But I hope you enjoy the pictures. They represent the work of many years of diving, much patience, and an utter love for the reefs we dove on. Rod, Marc and I did our best to protect that ecosystem and educate the people who dove with us and often became friends. As I was leading dives,the camera could not have been a distraction. Its casing fitted in my buoyancy compensator pocket and it only came out when time and diver skills allowed. No external flash and a strip of paper towel with ink markings to detect leaks through the clear plastic. These were the days.

I have been landlocked for nine years now. The diving passion still flows deep inside of me but flying competes fiercely. They are both struggling for air. I hope it will be a tie.