New York is mostly-water and all-glamour. No matter where one stands in the city, there is a patch of water in sight or not very far. So given the prestige surrounding a visit to the Big Apple, it is not surprising to see cruise ships line up at the gates of the NYC Harbor like fleas waiting for a bite into a dog’s tender parts.

They all seem to sail off around the same time, late afternoon. Casting off from their main terminals in Brooklyn and the Hudson River, they steer south and eventually end up sailing past the Red Hook shoreline before making a wide, lazy turn left, in a maneuver that takes them close to Staten Island and lines them up with the Verrazano Narrows channel, towards open ocean.

A fervent ship paparazzo, having spent two very colorful years aboard the most beautiful of them all, I often drift to Red Hook with my camera in hopes of catching a glimpse of the beautiful ocean-going giants.

That day, I caught not one but four. Besides Cunard’s Queen Mary 2, there was the Veendam from Holland America, NCL’s Norwegian Star and Disney Cruises’ Disney Magic.

Ships communicate in one of three ways. First, they use radar. Radar is a passive form of communication since one does not transmit anything – however everybody on the water has radar receivers these days and when you are a big ship, you need not say anything, your signature bleeps on all those screens like a beacon in the night.

Second, they use VHF radio. That’s a very active means of getting in touch, it is channel-based and limited by line of sight, easy to use and mandatory for all vessels larger than a bathtub rubber ducky. 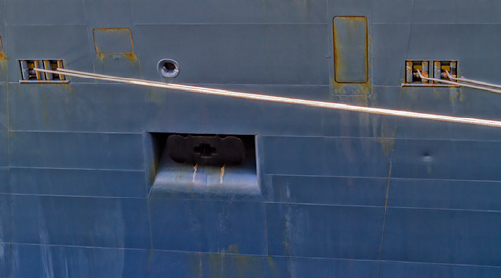 Third, there is the old-fashioned, oh-so-romantic horn signal code. A set of basic signals stills rules maritime navigation and ships signify their intentions by sounding a coded sequence of blows. Three short blows, I am going astern, one long, Leaving berth, etc.

When two ships meet on the water, they often salute with their horns, two giants winking at one another, oblivious of the lilliputian world around them. Most ships I know, no, all of them, blow their normal baritone horn once. Not Disney’s. The Disney Magic, when meeting the QM2, sounds 7 notes from Pinocchio’s When you Wish Upon a Star, and the melody echoes from Jersey to Brooklyn. I kid you not.

And sure enough, when the QM2 sails off the Brooklyn shores, God Save the Queen plays on deck. [condescending sigh] 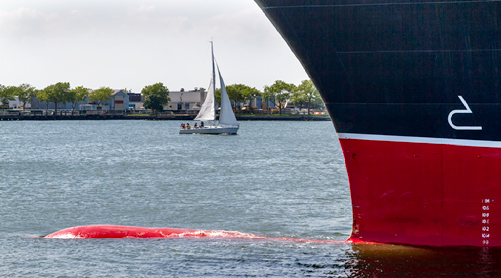 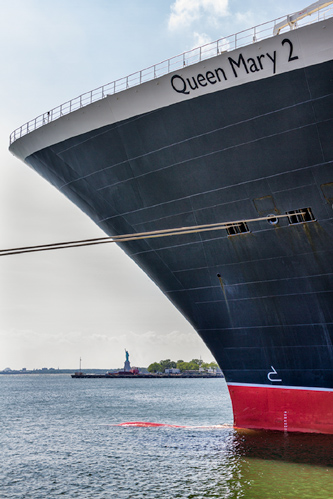 Over the (roof) top

The ship at the end of the road 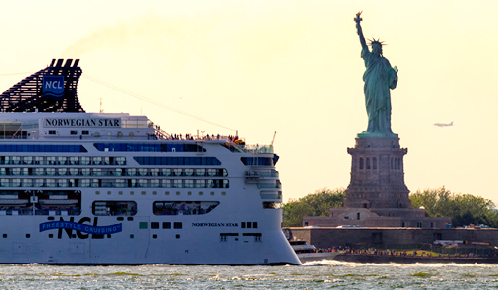