Imagine yourself adrift in the harsh emptiness of interstellar space, transiting from the cozy orbit of a southern sun called Cape Town to the outskirts of a black hole on the Eastern Galactic Belt of the Garden Route.

Not much around in terms of pit stops. The light, sure, traveling all around at its own speed. Engine-like white noise, too, on the comm, ‘bit like ocean assault on rugged shores if you ask me. Time to think and reflect, to ponder the chivalresque motivations that propel one out of the gravity well at escape velocity.

And then suddenly, all alarms screaming, multiple signs of organic flocking on a third moon. Autonav is disengaged, a new route plotted and your craft sinks towards what the onboard AI labels a De Mond Singularity. Much sand. Lifeforms. 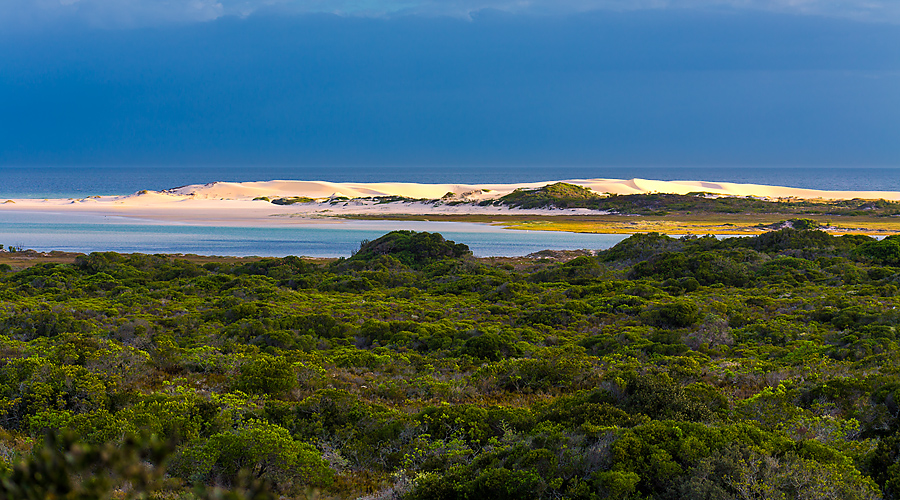 The life-sign meter goes wild, then its hand jams itself irremediably right of the scale. Heck, no abort this time, you’re going in. You plot an emergency descent, calculate EVA parameters, complete with self-contained cottage accommodation and time to spare. Aerodynamic breaking is hard.

Touchdown. As the dust settles, you flip your suit visor open, taking a careful breath and assessing. Strong fynbos flow, marine accents, a hint of guano. It will support life. Might even enhance it.

You take the luggage flag out of the module and carefully unfolding it, you stick the sharp end into freshly-dug mole excavation residue. Territory claimed, if ever so briefly.

Glancing down at your Galaxy wrist-map display, you frown as the Mind, tapping into its universal knowledge bank, identifies and then confirms location: De Mond Nature Reserve. A stone’s throw away from Africa’s southernmost tip. Earth. Sol System. Milky Way. One of many universes in the navigation-obstacle-ridden Estorbo Quadrant. The Megaverse.

You smile. This looks ever better than the Googleholographic projection had portrayed it. You could spend time here. Looking at your exobotanist, you nod, raise your thumb and grab the Sasol Encyclopedia of Planetary Birds. Let’s go. You hope that the statement “We came in peace for all mankind” will not sound as frightened as it first did in ’69.

De Mond Nature Reserve is a gem of solitude, pristine and simple. Large sand dunes stretch along the coast in all directions – you know, up, down, across and time – and the reserve is centered around the estuary of the Heuningnes River that flows lazily into a wide and extremely shallow sand bed before cutting through to sea. Explorers and space-rejects are few, you two are pretty much on your own. 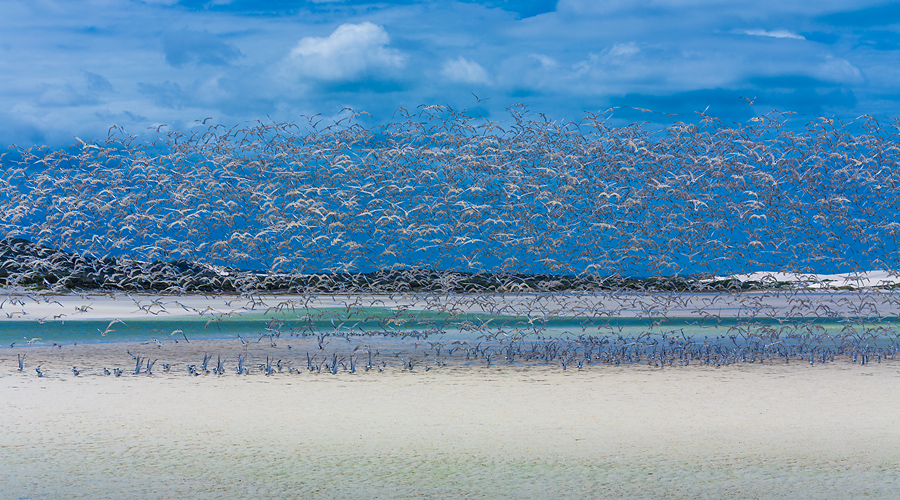 The first and last displays of life will be airborne. Natives. Seabirds for the most part, living a privileged life within the protective cocoon of the sanctuary.

There are giant cormorants which, through the enhancing telephoto lens, look just like penguins. Nesting seagulls, not to be bothered, or else. Immense flocks of terns, scattering on alert like snowflakes in a furious storm. Funny sandpipers running along the sand, prideless and hungry. Pink flamingos, tall on their feet and once airborne looking like flying machine caricatures, too much nose and tail, stiff bodies and extra-large wings.

But there are owls, too, stone-still sentinels in daytime yet a menace through the shadows; sugarbirds, gracefully harassing all tubular flowers; sunbirds in iridescent green alien robes; dirty-looking ibis out of desert storms; fragile yet steel blue cranes; and many another aerial creatures. Questions arise: Are they sentient? Have they mastered tools yet? But mostly, they are cute. End of record.

You observe respectfully, your very presence nevertheless conflicting with core directive Z3sy32.5 about non-interference with protected worlds and their inhabitants – but how else could one document biodiversity?

And document, you do. Endless bits of RAW data duly saved on gigabytes of flash storage, you retreat daily to your living quarters and catalog while braaing for survival and disinfecting with G&T to prevent foreign deceases. A flop, it turns out. Exotic microbes are tenaciously vicious. 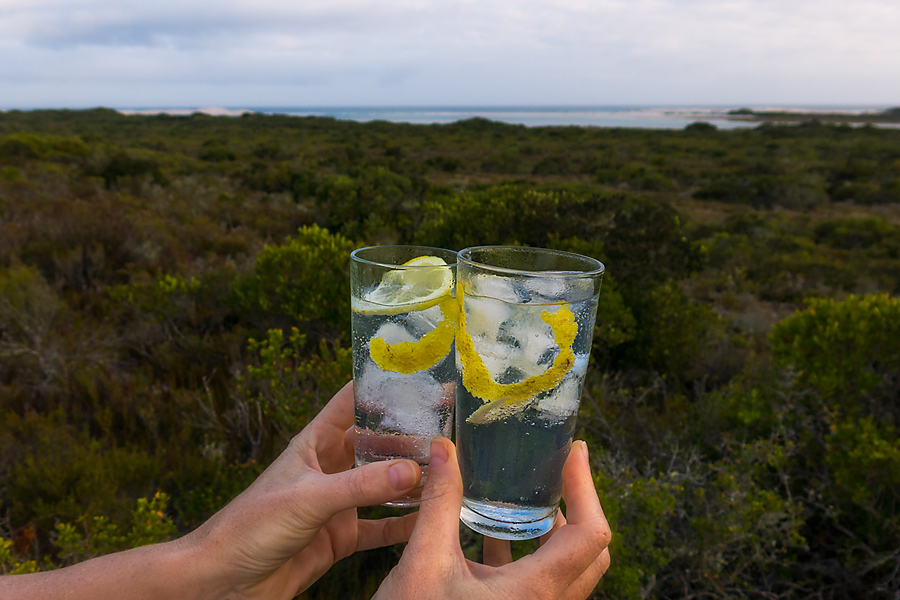 You even radiate to the outskirts, satellites and other dependencies. Eventually though, time is up and you have to take off, leaving orbit in a cloud of sub-atmospheric dust particles that follow your craft like a tail its comet.

You receive clearance for a traffic pattern around the sun, and while home is calling, you notice that you and the exobotanist are a little more quiet than you had been outbound.

Yeah, the sun is hot and Cape Town rocks are shiny, but you both secretly bring back a bit of intangible matter, knowledge mostly, and memories. Otherworldly. Whispering in hush tones about the many more corners of this universe and its friends which await your visit.