To, from and around South Africa, pictures of flight, because there I will always long to return
Airborne, Photoblogs, South Africa

This is an aerial medley of two trips to South Africa. Last summer’s flight was on South African Airways, with the Kruger in our sights. Then this winter, we flew Virgin Atlantic. Whoever is cheaper wins our dollars. I wasn’t so impressed with Virgin. When you buy thirty-eight hours worth of airborne time from an airline, the least they can do nowadays is supply you with decent entertainment. Virgin’s video system either had a defective remote or failed to start on time on all four flights. 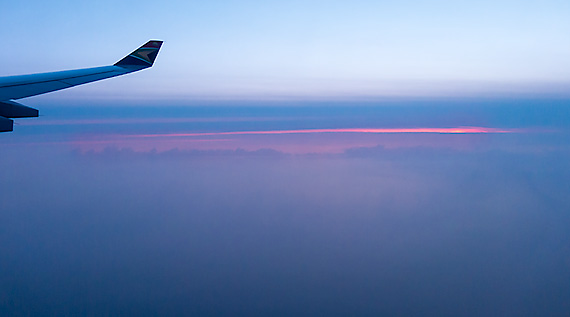 London Heathrow was a zoo as always. I should have taken animal pictures.

But whether the vector is a Boeing 747 (Virgin’s a very old one mind you, but it remains the king of the skies, with for only rival the young and eager Airbus 380), an Airbus 340 or a Swing Arcus paraglider, when airborne, one – as Saint-Exupéry said it so well – only sees well with the heart. It’s not about the canned, re-heated food. It’s not about bad movies on small screens. It’s not about frustrating entertainment remotes, nor a seat’s pitch or the lack thereof. It shouldn’t be about security checkpoints and radiation. It cannot be about weather delays and impatient queues.

Flying, whatever the machine, the altitude and the speed, is about poetry. It’s about the beauty all around, and the power within. It’s about dreams come reality, and ambition well used. It’s about defying gravity by borrowing a bird’s gracefulness and Da Vinci’s cunning vision. It’s about looking at the world we live in from a privileged perspective, and smiling, and loving it. It’s about being able to take a moment to clear one’s mind while moving just below the speed of sound, or think as fast as the neurons will fire while controlling a frontal collapse right after take off with the hill swinging back at you. 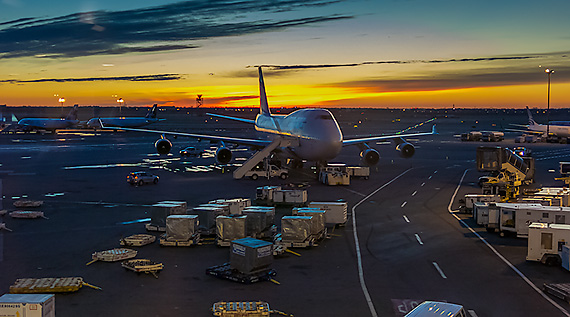 747 at JFK on departure night

Speaking of flying, and in addition to being hauled commercially back and forth, I managed to get airborne twice in Wilderness, on the Garden Route. It had been years since I’d flown my glider and, with Marie’s invaluable help, it had been duly inspected before time. The valiant wing which has lifted me in the French, Swiss and German Alps, in the Spanish and French Pyrenees, in the south of France and on its Atlantic dunes, in the Dominican Republic, in Utah, in California and in Quebec, was, despite its age, deemed fit for service and in great shape. 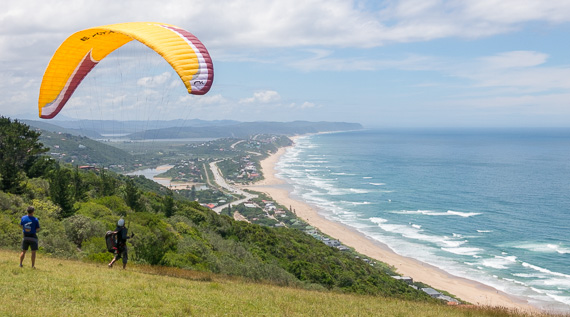 Someone taking off from the Map of Africa above Wilderness

However the Western Cape weather did not cooperate. Winds were strong, alternating with anachronistic rain. But finally, near Knysna, a narrow window opened at the Map of Africa and I was able to log two sleds down to the beach, enough for the canopy to inflate, for the lines to stiffen, for my feet to leave the ground and for my heart to soar again.

There will be more flights. I brought the paraglider back home and will seek local alternatives. It has been folded for far too long. Time to stretch my wings again.