In the Aftermath of Hurricane Sandy, a Limited Pixel Essay

Marie and I took a walk along the Red Hook waterfront in Brooklyn on the day after impact. Then last night, 48 hours after hurricane force winds and record-high storm surge combined to extreme tides flooded many areas of the New York City boroughs, I went for a late afternoon run across the Brooklyn Bridge and into Manhattan’s Financial District, point-and-shoot camera in hand. 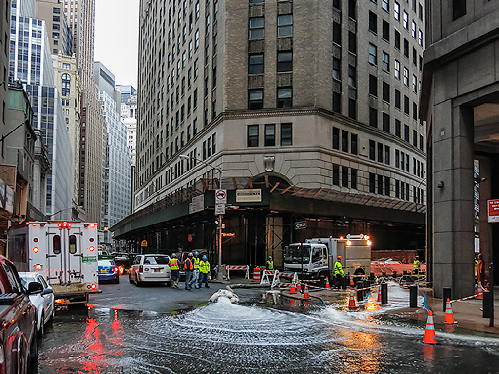 It was a sobering outing. The entire area, from well above the Brooklyn Bridge down to Battery Park, was as some point flooded almost entirely and remains in the dark. Hundreds of utility vehicles are on location, assessing, repairing, patching, emptying. Thousands of generators are running non-stop, providing limited lighting and powering the myriad of water pumps that are slowly emptying basements and probably subway stations too. 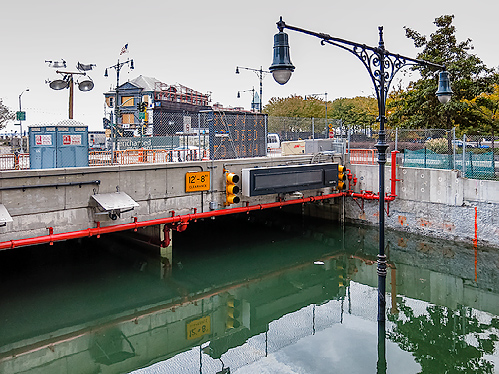 The Battery Park Underpass tunnel which connects the Hudson’s West Side Highway to the East River’s FDR under Battery Park itself, is completely flooded. I cannot even imagine the scope of the task city engineers are facing to empty a four lane wide tunnel almost a kilometer long.

The USPS remains shut down for all of New York until further notice [update: as of Nov. 2, parcels are being delivered]. MTA is coming back to life with a giant hole in the network around the bottom of Manhattan. Little steps. Painful little steps. 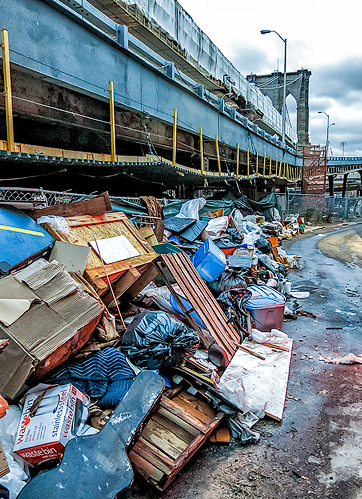 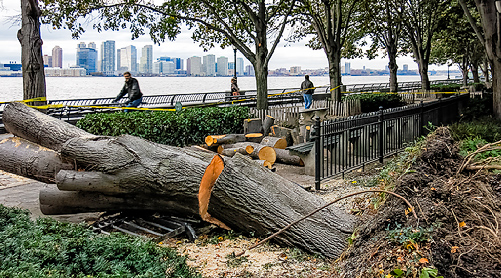