This is a long overdue post. It goes back to last fall when I finally went to visit the Sea, Air and Space Museum in Manhattan. Hosted aboard the permanently retired aircraft carrier USS Intrepid, the museum features many Navy aircraft parked on its upper deck and in 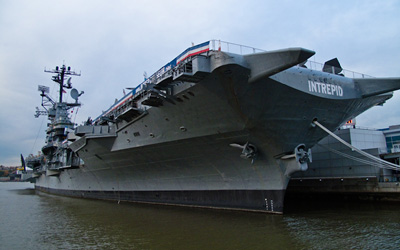 hangars, in addition to allowing access to various sections of the ship like the bridge and crew mess. It also displays an old US Navy submarine and G-BOAD, the British Airways Concorde that set a world record in ’96 by rallying London from New York in 2:52 hours.

As a side note, Concorde was an extraordinary aircraft, very much like New York herself. Infinitely fast, perfectly elegant, fantastically avant-garde, extremely noisy, and incredibly pollutant. The July 2000 Air France crash in Paris combined to a travel crisis that followed 9/11 events contributed to the retiring of the Concorde fleet. They rest, forever, in a few museums and airfields and most of all, in our memories and hearts. Seeing and touching one was moving and sad.

But I digress. The Intrepid museum is quite fun for boys and all curious people. It relates strongly to my two main passions, the air and the sea. But, apart from Concorde, everything displayed is military. Hence I conclude it would have been better named Sea, Air and Space Military Museum. I like to do things by the book.

The Intrepid, however, was overshadowed by another visit that day. By pure coincidence, the USS New York was docked in the next berth and open to the public. I went for an extra tour. In case you are not familiar with the USS New York, she is a brand new San Antonio-class amphibious transport dock, 680 ft. in length, displacing nearly 25,000 tons and with a crew of 350, plus an eventual 700 mean marines. She is famous (or not) and probably dearer to New Yorkers than anybody else for the fact that 7.5 tons of World Trade Center steel were used in her construction.

So I went aboard, toured, looked, explored the sections opened to the public, admired the helicopters stationed on her upper deck, and then walked off. Then I wandered a few blocks along the Hudson and finally had to stop and think. I was confused.

The museum had been ok. There were too many older men there looking around with a tear in the eye, but I could understand, 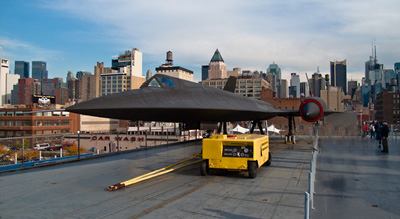 if not condone. Otherwise I had been ignored by the staff. The New York was another story. I had been greeted, at multiple stages during my visit, in the most courteous way. Not by military salutes nor condescending attitudes, but by genuinely friendly, polite, helpful and respectful soldiers. None of them had looked macho or wild, no apparent signs of brainwashing, they all looked like very decent human beings.

The entire crew had no doubt been carefully briefed about the layover in the Big Apple and there indeed was a recruitment station just off the main gangway. But they were all obviously proud of their ship, and of their duties. Of their responsibility. Of their honor. And for a minute, there, I could almost get their angle. I felt on the razor’s edge.

Now don’t get me wrong. I am firmly anti-war and deeply resent the war machine, its leaders, its budget and the motivation behind it, which has nothing to do with justice, peace or defense.  I believe that killing people for a living is not nice. Not even in self-defense. Going on all-expenses-paid trips to exotic locations to exterminate the locals on their own soil is not cool. But there’s the flip side of the coin: no one wants Joe Blow across the pond/fence/line/border/state/church/barrier to come and invade us and hurt the kids and steal the crops. So…

We are left with a deeply ambiguous need for protection since evil does indeed exist. At some point along the line, protection becomes ambitious and exports itself over our boundaries and behind enemy lines. Let’s call it pro-active protection. Then greed and money come into play and the equation changes. It all becomes a game. A game where many innocents die so that the few become richer and more powerful. And the soldiers, our soldiers, their soldiers, are the instrument of that nonsense.

Nevertheless, I seemed to run into men and women on that ship that could hold their head up straight, proudly and without arrogance, and who new the difference between chaos and organization, 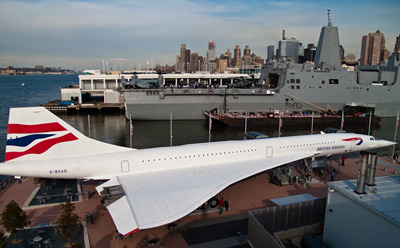 between anarchy and discipline, between good and evil. But of course, we Homo sapiens systematically think that evil is what opposes us, placing ourselves on a golden pedestal of self-attributed righteousness.

If only an army could be used exclusively for civilian support, rescue, emergencies and homeland protection. But I suppose that’s a weak utopia, and others would laugh at us. So what are we left with?

I think I have an answer. All military units worldwide must urgently be equipped with an automatic gas dispenser that will deliver a special mixture of helium and nitrous oxide should a border be crossed. I think soldiers would have a much harder time killing each other if they were yelling "Surrender!" in Donald Duck’s voice while laughing their brains out.

Ok, come on people. The wars you are fighting have nothing to do with justice and the greater good. They are governed by money and the quest for power of a few very stupid men. These wars only profit arms dealers, oil companies and coffin makers. Snap out of it! Stay home and protect us. Think out of the box, or you’ll end up in one. 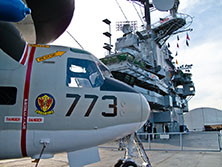 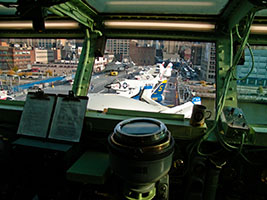 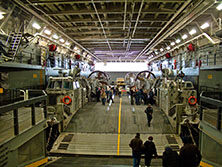