From Top Gun to Atlantis – The story of a… bird

The year was 1986. I was 24 months out of flight school and though things looked gloomy, I still had hopes of finding a job for some loser airline that would bank on my commercial pilot license and give me a right seat on a small commuter plane and help me build up my miserable 300 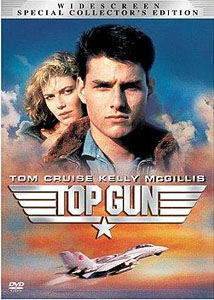 When Top Gun came out, it instantly became a cult movie for anybody who had – or wanted – wings. Technically, it was rather daring and it featured lots of actual in-flight footage of dogfights. The acting might have been cheesy but that movie was loaded with action and the characters cartoon-perfect.

They had the Right Stuff. I wanted Maverick’s motorcycle (I did get one a few years later, actually, same bloody model and color, a coincidence), I wanted his attitude, his cool, his inner conflicts, and his girl. The planes, well, I would have been happier aboard something a little less aggressive (she tells him that, too.)

Any way, you must be wondering where on Earth I’m going with this. I’m not. I’m going much higher. Those of you (that must be just about everybody) who have seen the movie probably remember one of the air combat scenes where Maverick and Goose are flirting around with a Mig under orders not to engage. Maverick ends up flipping their plane upside down and comes inverted on top of the Russian, their canopies almost touching, and then he gives him the bird, as Goose later recalls it. “You know, the finger.”

Well, that was then, and it was Hollywood. But the scene was real and shot with real fighters, flown by real hot shot fighter pilots. So. In case you wonder who was flying for Maverick, you need only look up. Yes, that’s it, look at the sky. At this very moment, the space shuttle Atlantis is orbiting our planet on a very difficult mission to repair the Hubble

telescope. The Mission Commander’s name is Scott D. Altman. Alias Maverick. He was the one who flipped the bird!

4 Navy pilots had been assigned to the movie and were flying on the aerial shots. Altman was young then, and recalls being paid $23 a day for the job. The story is here. I think the whole thing is brilliantly funny, from that to this.

And speaking of Atlantis’ last Hubble mission, here’s another bit of techie gossip for you. For the first time ever, one of the crew members is reporting on the mission progress, live on… Twitter! Now, I really don’t know if I should burst out laughing or crying. So I won’t do either. I guess it’s just a sign of times.

Here’s the Twitter link from mission specialist Mike Massimino. In the end, I think it’s pretty cool to think that the few messages (they must be rather busy up there) we’ll be receiving are coming live from a high Earth orbit. Who ever said NASA had no PR skills?

Thanks to my sis‘ for the multiple scoops and insights, straight from the Canadian Space Agency where she is working right now.