It should be our time

The other day, up at 5:30 am, I headed down to New West to try and catch sunrise at the Skybridge. 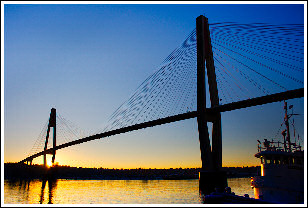 Graceful and aerial, the bridge is the longest of its kind in the world, spanning the Fraser River with the sole purpose of carrying the Skytrain further away from Vancouver and into Surrey.

After spending two hours outside by the river in a chilly dawn even by local standards, I concluded I’d be happier inside drinking hot coffee; after all the remains of the last snow fall are still lingering on the ground in sub-zero temperatures and eastern areas retain up to a foot of snow in the streets.

Once warmed up, I reversed my public transit course and traversed the Greater Vancouver in a diagonal that lead me all the way to Horseshoe Bay where I walked around for a while, paying a long overdue visit to Batchelor Bay and Cliff Cove.

Somehow, the camera and I were not in agreement today, and the later it got, the worse the dichotomy.

Oh well, I’d still manage to save a few shots, just to remember I was there.

But as early as the sun rose from behind a sleepy world and framed itself almost perfectly between the pillars of one of the bridge’s legs, a thought crossed my mind and stayed with me the entire day…

This should be our time.

The place is right and the moment too. The bets are in. Lines have been drawn, others erased. Ideas are coming into focus, dreams are vivid and hopes very much alive. Lessons have been learned and like the flow of an endless river, growth gathers momentum. New horizons become tangible that were but fleeting visions in the night. The Essential, once only visible to the heart, pays the eyes a visit and decides to stay for a while. It’s all there. It’s ready to shine.

It should be our time." 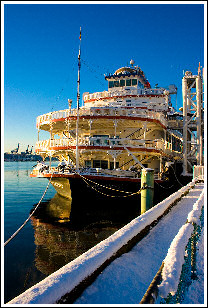