Back in 2002, or maybe 2003, I had been living in Little Cayman for a few years, having arrived just as the Millennium bug was terrifying civilized worlds. Ignoring the general concern, I had, island-style, kicked off my shoes, put on my Tilley hat and started answering to the calling of tides as my circadian rhythms adjusted not so much to daylight but to submersion. I was there to dive.

Despite the relative proximity of so many poor countries, the Cayman Islands are the Switzerland of the Caribbean: an offshore banking center, flea-like tiny, relatively safe, occasionally busy. Some fifty or sixty thousand souls who call themselves residents have the highest standard of living in the Caribbean. Of course, wealth is as irregularly distributed as anywhere else and while sixty percent of the population is deemed to be of Caymanian descent, it is the other forty percent that thrives and throws parties. But on an infrared-like map showing happiness-laziness-richness-worriless-ness in colors, the Cayman Islands would glow bright red across a map of cold blues and deep shadows. 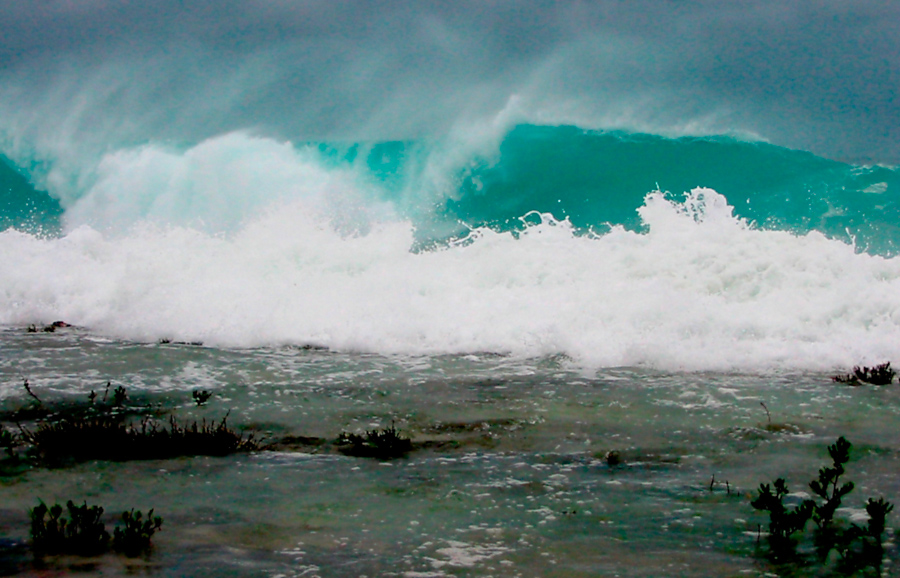 So while I had landed there in a quest for exoticism and above-average diving conditions, others, it turns out, would come in search of freedom, a better life or just hope. You see, just over a hundred miles to the north, Cubans lived in poverty and under a drastic political regime. But modern poverty, in all its resilient ugliness and suffering, has evolved into a sophisticated beast which includes—at least occasionally—access to television as an open window to the world’s many untouchable glittering teases.

Florida being the closest option and seemingly the best, many set out to reach the States and almost as many failed, the U.S. Coast Guard having established an impassable net of air and sea patrols. The Cayman islands, on the other hand, were a little further away but much less martial, not even bothering with a navy. Cuban would-be refugees would plan—probably for months if not years—their escape, gather their families, commandeer a boat, pack some food, water and fuel, and set out to sea, never to come back. This, like most desperate attempts, was a one-way ticket.

Now when I say a boat, you might think of a freighter, or a yacht, or even a sailboat. No. Cuba has a lot of coastline and a proportional number of fishermen. Most of them fish for survival, not even to earn a living. Your basic fishing boat is an open deck, twenty-foot-long hull with simple benches and a motorcycle-size engine, lines for fishing and multiple hull cracks requiring constant attendance.

And so begins our short story, or rather my short recount of a never-ending saga. One day as I was filling dive tanks back at the scuba shack, as we affectionately called the shed that had ritualistically hosted our compressor, gear storage and repair operations at multiple Caribbean locations—we had previously, as a group of friends, worked in the Bahamas and St. Lucia—someone came to ask if I could help with live Spanish translation.

My Spanish was rusty and there were native speakers on the island but they were nowhere to be found and I sensed urgency. So I shut down the compressor and followed, barefoot, wearing my indestructible Birdwell shorts, a tank top, hat and sunglasses, nearly indistinguishable from any other dive instructor on the island.

We headed to a dock nearby, in the pristine, shallow waters of the South Sound. A few trucks were parked up on the sandy path that lead down to turquoise water and I recognized one of them as our official island vehicle, shared in turn by the Marine Parks Officer and the Cayman Police Officer. For the longest time, neither had been stationed permanently on Little Cayman. They would commute by plane weekly, flying in from the other islands when the Law called for it. But times were changing and petty crime, drunken fights and probably the proximity of drug-ridden Jamaica had finally warranted for the presence of a full-time official. We now had a policeman on 24-hour duty and a small house had replaced an old rusted container as the local jail.

Our police officer was standing at the end of the T-shaped wooden dock in his white outfit along with a few other islanders. I could see heads sticking up from beyond the planks and as I got closer, I realized a very small boat was tied to the dock. Fifteen or twenty feet long, it was overloaded with people. I counted fourteen occupants, including two very small children. They were silent, looking down or sideways, faces worried, attitudes resigned. There was nothing aboard other than a few plastic jerrycans of gas. No food, no water.

I took a deep breath. My idyllic island day had just turned nasty.

Docking our dive boat to the very same dock, years later, after the boat’s canopy was torn off by Hurricane Ivan

The police officer, a very nice Brit, was normally all smiles and jokes. He had the build of a rugby player and nobody would have wanted to mess with him. That day, however, he looked official, had an impenetrable gaze and barely acknowledged knowing me. I figured this was going to be all business.

Asked to translate back and forth, I relayed a very simple conversation between the boat and the people towering above it. As I put my hesitant Spanish to use, I found myself mostly talking downwards. The answers coming back up were short, often in the form of a yes or a no.

Hands waving, I asked them if they had come from Cuba. Yes. On this boat? Yes. How long had it taken? Two days. Did they have any supplies? Not any more. Why had they left? Silence. Did they know they were breaking immigration laws? Hesitant no.

I looked at these now country-less people in the eyes and relayed through clenched teeth that they could not step ashore. Anybody coming ashore would be detained and deported. They were free to go anywhere they wanted, but would be arrested if they landed on Caymanian soil again. What was it going to be?

One of the children began crying softly. Two men were constantly bailing water out of the boat with plastic water bottles sliced in two. Another one gave up and climbed onto the dock. He was handcuffed. The others remained silent, head bowed. The mother was trying to comfort her child.

Suddenly, my Citizen Promaster Alti-Depth Titanium dive watch began to weight down on my wrist as if a gold bar had been attached to it. The mirror Oakley’s on my nose felt so ostentatiously shiny that I took them off.

Where were they going to go? An arm raised to the southwest. Honduras. It was about ten days away. On a twenty-foot boat, without supplies and in moderate seas.

Breaking the rules, somebody brought down a jug of water. I think there was also a small amount of food handed over but my memories are blurred by the tears I suppressed.

The French have an expression for that, Allez vous faire pendre ailleurs, go get caught and hung somewhere else—in other words we’re not interested in doing the dirty job ourselves and you get a chance to escape. Others will finish you.

It took some coaxing but the engine eventually spat a few times and coughed to life. Lines were cast and the boat headed out slowly towards the cut and the rough open water beyond.

I was dismissed while the Law remained to see the aliens off.

They were, obviously, never seen or heard from again. Will they have reached Central America? The forecast was for fifteen to twenty knot winds and ten-foot seas, days on end. Standing mighty on our ivory dock, we might have been the last human beings to see the fugitives alive, and I, the verbal nail in a floating coffin at the end a dream.

The following days were rough. I think I cried a few times in the solitude of the scuba shack. Like most foreigners, I was staying on a temporary work permit and even though there were very few Caymanians qualified for the diving industry, immigration authorities were known for moodily protecting local labor and kicking expats out on a moment’s notice, so no one made waves. You did your job and kept your head down. You never argued with the locals. You chose a low profile. Besides, as an alien myself, what was I going to say about other aliens being thrown back to sea?

I have thought about this often, since that fateful day. Truth be told, I can see the huge dilemma faced by authorities and what is at stake. The Cayman Islands are very small and space and resources are limited. The country does not have the infrastructure required to support a sudden influx of refugees. Should they be lenient and show mercy even a few times, the word would get back to Cuba at the speed of light and hundreds, possibly thousands would embark on a journey to the new world, overwhelming the system, threatening local jobs and tarnishing the country’s reputation as a stable and safe financial center. Unfortunately, the issue has not been solved.

I was there that time. And I did nothing. 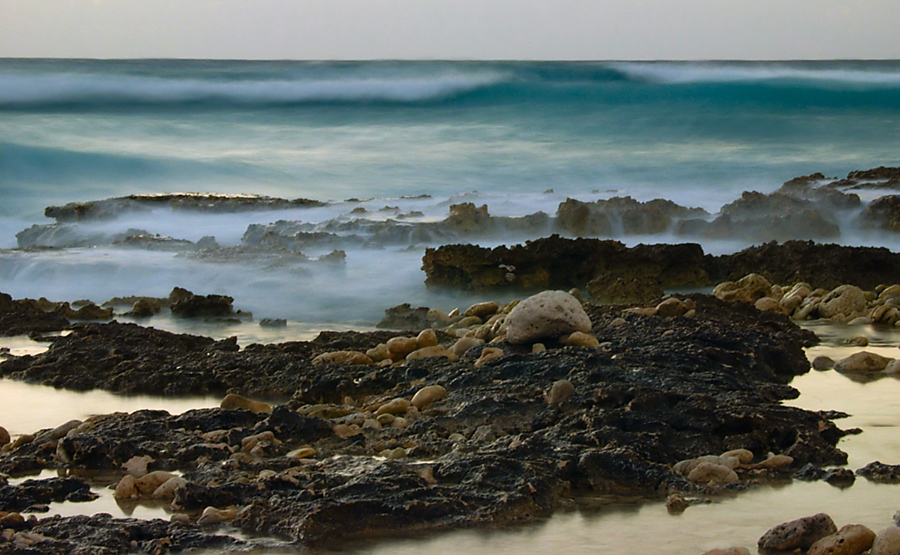