As promised, here are seagulls caught in the act of being seagulls, on a Rockaways beach. I’m not sure whether this was ballet, food fight, corrida, circus, dog fight, clumsiness or art.

There are way too many pictures of the same birds, but they are meant to be viewed rather fast, as many frozen frames of a chaotic scene in choppy playback.

Just picture a complex society despite the appearance of anarchy; hidden rules, a strict hierarchy, taboos and big egos. In fact, they are a lot like us. 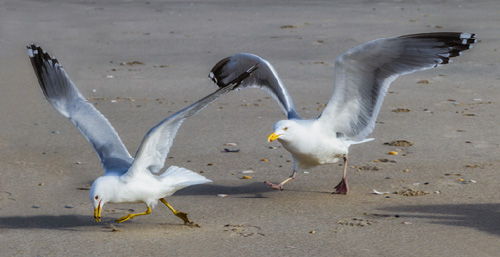 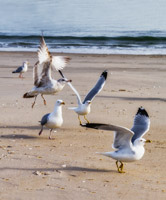